How to Drive the Little People Crazy: Confessions of a Celebrity Book Publicist

How to Drive the Little People Crazy:
Confessions of a Celebrity Book Publicist
By Jodie Gould

A celebrity is, more often than not, a person of many talents. Not only do these well-compensated Renaissance people act or sing or play ball, they also produce exercise videos, save the rain forest, open restaurants, box semiprofessionally and, of course, publish books. And each of these activities provides a new venue in which the celebrity can misbehave.

For celebrity turned author, the book tour—that institution in which a publicist drags a writer on a grim pilgrimage through most of the nation’s shopping malls—provides ample opportunities to carry on in the capriciously demanding, high-handed and churlish way to which celebrities are accustomed.
One publishing publicity director says he tells his authors they must be “willing to make an ass of themselves” when promoting their books. As the following war stories make clear, it seems that many are more than happy to oblige.

When the publicity assistant assigned to escort James Brown on promotional interviews for his 1986 memoir, James Brown: The Godfather of Soul, arrived at the Regis and Kathie Lee studio to retrieve the singer from an appearance there, she encountered a heretofore unknown person claiming to be Brown’s personal manager. Dutifully, the escort dropped off Brown and manager at Brown’s hotel, left the duo for a few hours and returned to find Brown—who had another interview imminently—“dazed and strung-out.”

On the way to the NBC radio station, says the assistant, the Godfather of Soul “kept looking around like he didn’t know where he was.” Suddenly he shouted a revelatory “Thank God! Thank God!” at nothing in particular. Inside the studio, the host started the interview by saying, “I’m so thrilled you had time to come and talk with me about your book.”
“What book?” said Brown.

After canceling the rest of Brown’s bookings for the day, the assistant and manager headed for the limo, with the disoriented singer following behind. Brown took a wrong turn out the fire exit setting off an alarm. The handlers rushed to Brown’s side and piloted him to the waiting car. Safely installed in the limo and wrapped in white fur, Brown fell over like tipped cow, but not before the assistant watched helplessly as the Soul man belted out “Living in America.” 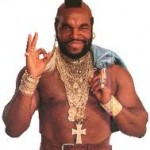 And who can forget Mr. T’s eponymous autobiography, which was actually touted by an editor as “the next Autobiography of Malcolm X”? During his 20-city tour, the former A-Team star insisted on eating every meal at McDonald’s. Among publicist Diane Mancher’s duties was placing the author’s regular order twice a day: two double cheeseburgers, nine pieces of chicken McNuggets, large fries and a strawberry shake. She was also commanded to keep fans and excited children at bay while the author ate.

Don Drysdale, the ex-Dodger and author of Once a Bum, Always a Dodger, thought on at least one occasion that the way to an interviewer’s heart was talking about his two young children. The strategy backfired. “He couldn’t remember the kids’ names,” his publicist recalled. “He used to call his kids `that little one’ and `that really little one.’” One of the kids’ names is Don Jr. 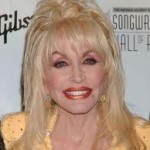 After a sales conference in Nashville, a good-natured football hero Art Donovan and his publicist were forced to consult a beer distributor after unsuccessfully scouring several local groceries for Donavan’s brand (apparently a rarity in Nashville), Schlitz. Then he drank 24 cans in the back of his limo and instructed his publicist to ring Dolly Parton’s doorbell and see if she was home.

Actress and autobiographer Yvonne DeCarlo best known for her role as Lily Munster, was known to call her publisher in the afternoons to complain, for example, that “Mexicans are hanging in my trees.”

When the ex-Supreme Mary Wilson was promoting Dreamgirl, her tell-all about the Motown trio, the publicist arrived at the author’s home in a limo to take Wilson and six family members to a publication party. En route to the party, a cousin realized that Wilson’s mother wasn’t with them: She had been left on the curb dressed in her Sunday best. Wilson’s response: “Fuck it, we’re late.”

British espionage writer Jeffrey Archer once asked his escort to refold his laundry because he was unhappy with the way the dry cleaners had executed the task.

But not every celebrity author is so full of demands. One of the most ardent self-promoters ever to hit the publicity circuit is Steven Gaines, the chronicler of the Beatles and the Beach Boys. Gaines once told a colleague he would “walk across garbage to do publicity.”