Here Comes the Wedding From Hell 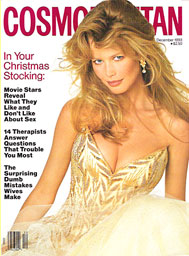 Here Comes the Wedding From Hell
By Jodie Gould

Nearly every little girl looks forward to her wedding day. Plans are made months, sometimes years, in advance so that everything from the bouquet to the chardonnay is “perfect.” But what if, by some cruel act of fate (or man), your nuptials turn out to be a disaster? It turns out that weddings and fiascoes can go hand in hand.

Take Mary and Hugh Granger of Fulton, California, whose dream of a perfect wedding crumbled after an earthquake destroyed the front of their church. Although the Grangers eventually found a new chapel, the quake seemed to set off a series of other mishaps. On their way to the ceremony, Hugh and his best man got a flat. The two—in tuxes—had no choice but to roll up their sleeves and change the tire; they barely made it to the church on time. At the reception, the air conditioning broke down (the temperature outside was 108 degrees). One out-of-town couple was too drunk to drive home, so the newlyweds ended up taking them to their honeymoon suite, where the tipsy pair spent the night on the couch.

“They were quiet at least,” Mary says. “There was an aftershock at four-thirty A.M., and we were woken up by people running down the hall screaming.” 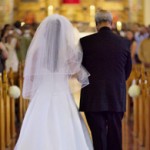 Hurricane Gloria was the uninvited guest at Kelly and Bob Juliano’s wedding. The savage storm blew out windows and electricity all over Lyndenhurst, New York, the day before the ceremony. “A friend brought over a generator so I could blow-dry my hair,” Kelly says. That went okay, but when the reception hall canceled due to the blackout, she found herself with 250 guests crammed into her backyard. “We bought kegs of beer and set up a bar,” the resourceful bride notes. Unfortunately, bad luck followed the Julianos on their honeymoon in Saint Thomas, where they connected with tropical storm Isabella. “It rained every day we were there,” recalls Kelly.

For some determined couples, the wedding must go on in sickness as well as in health. Maribeth and Dave Fuhrmann’s nightmare began with a motorcycle accident two weeks before the wedding, sending the groom to the hospital with a broken leg. “Dave was going to walk down the aisle on crutches,” says Maribeth, who now lives with her husband and three children in Oak Harbor, Washington. “And we were trying to figure out how to fit tuxedo pants around his hip cast.”

This problem paled, however, when the night before the wedding, Dave suddenly turned feverish and was rushed back to the hospital. “Apparently, a blood clot was passing from his leg into his lungs,” Maribeth remembers. “The doctor said if he stood up, he’d die.”

Prepared to cancel the wedding, she asked her bedridden fiancé what he wanted to do. “I want to marry you no matter what,” he said. So the wedding was on…but not as originally planned. The nurses decorated the waiting room with flowers and streamers, and tied tin cans to Dave’s gurney. With his leg in the air and wearing only the top half of his tuxedo, he watched as Maribeth and her bridesmaid stepped from the hospital elevator to the sound of recorded organ music.

“He was probably the only groom in history to be naked from the waist down,” Maribeth says. “They wheeled him to the reception area with the IV pole attached, and the nurses had to stop and fix him up whenever buzzers went off.”

Elaine Doyle-Gillespie of Essex, Maryland, wasn’t the only one wearing white at her wedding either. Her fiancé went skydiving for his bachelor party the day before their marriage. “I pleaded with him not to go,” Elaine recalls. “But it was something he’d always wanted to do.” 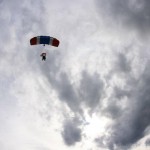 Later that day, she received a phone call from the jittery best man; the friend told her Ed was in the hospital with a “bumped head.” In truth, a gust of wind had blown Ed’s chute forward, causing him to plummet five hundred feet to the ground. The “bump” was actually a concussion, broken arm, and fractured vertebra.

“We’re getting married tomorrow if we have to carry him out,” Elaine prophetically said to one nurse. Hearing about their predicament, an ambulance driver offered to drive Ed to the Jefferson Memorial in Washington, D.C., where the couple planned to wed. Ironically, it was the priest who nearly put a stop to the proceedings. Taking one look at Ed swaddled in hospital linens, he announced that he could not perform the ceremony. “It’s illegal to marry someone who is heavily sedated,” he explained solemnly. (The clergyman eventually relented, after being satisfied that the groom was marrying of his own free will.) 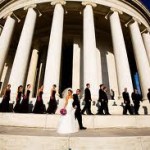 Not even death could prevent Martha and Thomas Scearce from tying the knot. The young couple stood before a group of relatives at the Episcopal church in Danville, Virginia; Reverend Dewey Loving, whose very name drips with romance, was officiating.

“He had just spoken to Tom and turned to me,” says Martha. “He didn’t clutch his heart or show signs of being in pain—he just looked me straight in the eye and fell over.” The elderly reverend had died of a heart attack in the middle of the service.

Remarkably, the preacher’s wife took control of the situation, calling for an ambulance and a substitute to officiate. “I told Mrs. Loving that I was too upset to continue,” Martha remembers. “But she said, `Dewey wanted to do this, and you will be married today.’” Married they were, even though their wedding rings were still tucked away in the late reverend’s pocket.

Another, less tragic, matrimonial mishap occurred when John Hill was arrested for a crime he didn’t commit. Last New Year’s Eve, just hours before he and Jaime Blake were scheduled to be married in Los Angeles, he was collared for carjacking and armed robbery. Although John protested his innocence, the policemen told him to save it for the judge. The beleaguered bridegroom remained handcuffed for three hours before officers discovered they’d nabbed the wrong man. “I thought he was dead or had fallen asleep at the wheel,” Jaime later told the Los Angeles Times. Since the chapel had closed for the night, Jaime and John were married by the station-house chaplain.

Kathy Dennis of Fort Smith, Arkansas, actually called off the wedding when her fiancé didn’t show up on time. But she sure had her reasons. “He was very late,” says Kathy. “I kept asking my mother, `Is he here yet? And she kept saying, `He’s on his way.’”

The groom did eventually appear—bloodshot and reeling from a boozy boys’-night-out at a topless bar. “At first, I thought he was just nervous,” explains Kathy, now happily married to another man. She realized he was drunk, however, when he began singing along with the soloist. To make matters worse, Kathy’s aunt, as planned, stood up and started to recite the passage from the Bible that reads, “Our bodies shall be a temple, not a tavern.”

“That wasn’t all, though, “Kathy recalls. “We knelt down at the altar and I saw his throat start to heave. He threw up five times! I shoved him away and frantically tried to get my dress out from under his knees.” Later, the bride personally returned each of the wedding gifts, while her former fiancé quietly left the country.

Another red-faced groom was overcome by stress instead of alcohol. Richard Casselberry felt increasingly light-headed as he stood beside his bride in Metairie, Louisiana. “Susan, take this ring as a sign of my love and fidelity in the name of the Father-I’m-going-to-pass-out,” he said before collapsing. The priest and best man held him up while Susan fanned him back to consciousness. They finished the ceremony seated on folding chairs.

At one large, poolside reception, the guests made the biggest splash. Marika Sommerstein, co-owner of Water’s Edge restaurant in New York City, had prepared an elaborate lobster-and-shrimp lunch for a wedding in Old Westbury, Long Island. But in their rush to hit the buffet table, a hungry mob of guests pushed it and the waiter into the pool. “They didn’t need any more cocktails after that!” notes Sommerstein.

Sometimes, the worst snafus are caused by incompetent hired hands. After waiting several hours for the caterer to arrive, guests at Holly and Glenn Armitage’s Amherst, Massachusetts, wedding made an emergency run for potato chips and pretzels. When the absent minded caterer finally turned up with too little food and a birthday cake, friends formed another posse in search of a bakery. “They asked to borrow the plastic model wedding cake in the window,” says Holly. “Everyone `oohed’ and `aahed,’ and we had pictures taken standing next to the fake cake.”

Just about everything went wrong at Marie Holly’s wedding in Downey, California. The bridal shop sent her a gown six sizes too large; the photographer lost half of her pictures and over-exposed most of the rest. Worst of all, her unusual centerpieces went belly-up at the reception.

“We had ten tables, each with a pretty little bowl filled with goldfish on it,” explains Marie. “I must have put too many chemicals in the water, though, because the poor things turned belly up while people ate dinner.”

Perhaps the eeriest disaster tale comes from Pat and Dick Jongewaard of Sioux City, Iowa. Their photographer died a few months before the wedding; the restaurant they selected for their rehearsal dinner burned down; an eight-year-old boy knocked over a candle, nearly setting fire to his older sister. The couple could have chosen a different date for their wedding, perhaps. They were married on Friday the 13th.