15 Mar Bright Thinking: Optimists Are Not Only Happier, They’re Healthier

Posted at 14:15h in Magazines and Newspapers by Jodie 0 Comments
0 Likes 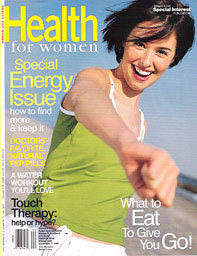 You come to work one day and find that everyone in your department has gotten a pink slip. It seems your company was bought by another corporation. You think: a) If only I’d worked harder they wouldn’t have let me go. b) I’ll never find another job as good as this one. c) Now I can take that vacation I’ve been dreaming about.

If you chose “c,” you are probably an optimist, and psychologists say that being one can help you enjoy a healthier and, possibly, a longer life. Evidence suggests that optimists catch fewer infectious diseases, have better lifestyle habits and recover from illness faster than pessimists do.

There are a number of ways to measure optimism and pessimism, and the old adage of seeing the cup half full or half empty is only part of it. According to Martin Seligman, Ph.D., professor of psychology at the University of Pennsylvania in Philadelphia, it all comes down to the way we explain the negative events in our lives.

Seligman says pessimists believe bad events undermine everything they do, last a long time and are their own fault. Conversely, optimists do not blame themselves fro their misfortune, which they believe is only temporary. In fact, unlike pessimists, who tend to give up easily, optimists are motivated to try even harder.

Although a sunny disposition is no panacea against illness, research has shown that optimists have stronger immune systems and fewer physical complaints. In a study published last year in the Journal of Personality and Social Psychology, 90 students at the University of Kentucky in Lexington were followed from the time they started law school though the middle of their first semester. In the beginning, all students had comparable levels of T-cells (which measure immune responsiveness) and natural killer cells (which destroy cells infected with viruses).

The study revealed that the more optimistic the students were, the stronger their immune systems. This was especially true among situational optimists, in whom the number of T-cells increased by 13 percent and the natural killer cell activity rose by a dramatic 42 percent.

“Optimists cope better with stress, experience fewer negative moods and have a healthier lifestyle, all of which could lead to a stronger immune system,” says Suzanne Segerstrom, Ph.D., lead author of the study.

In study after study, researchers have found that looking on the bright side contributes significantly to a person’s recovery. For example, when coronary bypass patients were tested for their level of optimism before and after surgery, those who were the most optimistic returned to their normal activities at a faster rate than pessimists did.

“The optimists got out of bed sooner, reported a higher quality of life and were less likely to suffer a heart attack during the surgery itself,” says Michael Scheier, Ph.D., of Carnegie Mellon University in Pittsburgh, who tracked the patients’ responses to surgery for six months.

Likewise, accepting one’s fate, rather than denying the problem, is another key factor in the recovery process, says Charles Carver, Ph.D., professor of psychology at the University of Miami in Coral Gables. Carver tested the emotional well-being of 50 women who were diagnosed with breast cancer .

“Optimists coped by reframing the situation to make it as positive as they could,” reported Carver, who followed these women for one year. “They said, `My life isn’t over; it’s just going to be different.’ The pessimistic women were more likely to deny the disease and essentially give up.”

The good news for doom-and-gloomers is that you can train yourself to have a more positive outlook. In his book Learned Optimism (Pocket) Seligman says you should start by minding your ABCs—that is, keep a record of your Adversity, Beliefs and Consequences.

Adversity, according to Seligman, can be almost anything—a leaky faucet, a baby that won’t stop crying or being ignored by a spouse. When a negative event occurs, write down your description of what happened, without evaluating it.

Your beliefs are how you interpret the adversity. Note these next, and be sure to focus on thoughts now, not feelings. “I just blew my diet” and “I am incompetent” are beliefs, and their accuracy can be evaluated. “I feel sad” is a feeling.

Consequences are your responses—your feelings and what you did next. Did you feel sad, anxious, guilty? Write down as many feelings and actions as you can. “I went to my room” is a consequent action. By completing this exercise, Seligman writes, you’ll find that “your negative beliefs are usually distortions.” Once you recognize this, challenge those beliefs whenever they occur. “Don’t let them run your emotional life,” Seligman cautions. “Once you get into the habit of disputing negative beliefs, your daily life will run much better, and you will feel much happier.”

In order to change the way pessimists think, Emmett Miller, M.D., director of the Cancer Support and Education Center in Menlo Park, California, uses a technique called “selective awareness,” in which people try to consciously hold on to a positive thought.

“I tell my patients to focus on a success in their life,” says Dr. Miller, author of Deep Healing (Hay House). “It can be the birth of your children, or a vacation when you’ve had one of those perfect moments. You have the power to direct your mind to think about whatever you want. Focusing on a place where you felt good about yourself will give you more optimism.”

Hard-core naysayers might want to consider therapy, but in lieu of that, psychologists say it is extremely helpful to have a positive-thinking friend or partner with whom you can talk honestly and get feedback and support and to avoid packs of negative thinkers.

“Seek out the people that you want to be like,” advises psychologist Christopher Peterson, Ph.D., of the University of Michigan in Ann Arbor. “It’s tough to be the only optimist in a family or group of pessimists.”

Pros and Cons of Prozac

For those who prefer a pharmaceutical solution, there is some debate among experts about the efficacy of treating pessimists with antidepressants. “There’s no such thing as an optimism pill,” maintains Peterson. “Medications like Prozac can change your mood, but it won’t stop you from thinking that you’re a loser.”

David Yamins, M.D., a psychiatrist at Maimonides Medical Center in Brooklyn, New York, disagrees. “Prozac is as close to an optimism pill as you can get,” he says. “It may not be the best pill for someone who is chronically depressed, but it’s the best medication to take for people who are negative.”

To a true pessimist, becoming a Pollyanna may sound as unlikely as metamorphosing into a butterfly, but there is still hope. A recent study of 224 people middle-aged and older found that avoiding pessimism may be more important for lowering stress and improving one’s health than being an optimist.

“Previously, optimists and pessimists were considered direct opposites,” says research psychologist Susan Robinson-Whelen, Ph.D., lead author of the study, conducted at State University of Ohio, Columbus. “We did not find this to be the case. It might be easier for people who have a natural tendency toward pessimism to say, “I don’t have to learn to be an optimist in order to be physically healthy, but I should tone down my negative thinking.”